Protect Yourself from Aggressive Summer Stingers

Most people start swatting away when they hear the distinct buzzing noise of a hornet, there are much safer ways to deal with these sometimes-aggressive summer pests. NW Pest Control advises homeowners that when it comes to stinging insects, gaining a better understanding of these pests’ behavior and habits is an important part of helping to prevent stings. These stinging insects can cause more than just a painful sting. According to the NPMA, a nonprofit organization committed to the protection of public health, food, and property from common household pests, stinging insects send more than 500,000 people to the emergency room every year. 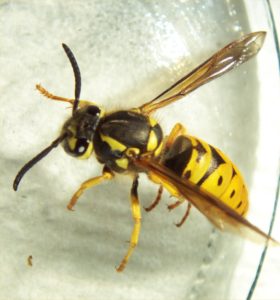 The best way to ensure you or someone in your family doesn’t become a victim of painful stings is to understand which species are causing problems on your property and how best to avoid them. With that said, hives and nests should never be handled or removed on your own as some colonies can contain hundreds of insects and can sting in masse in defense of the nest. Always consult a professional when dealing with stinging insects.

NW Pest Control is offering the following information on the three most common aggressive stinging insects encountered during the summer months:

Because of the aggressive nature of these stinging insects, it is important to a professional at NW Pest to remove nests on your home or property.